H is for hate. H is for Hamas Anyone naïve enough to divine any signs of Hamas moderation in its quest for Israel’s elimination or that it will play nice for the Palestinian Authority’s September UN statehood bid, needs the services of a top ophthalmologist (although preferably not Syrian dictator Bashar al-Asad, who is a little busy at the moment).

According to an August 4 briefing paper from the Meir Amit Intelligence and Terrorism Information Centre, Hamas’ top echelon repeated in different forums their opposition to Israel’s existence or compromise in late July:

Ismail Haniya, head of the de-facto Hamas administration in the Gaza Strip, welcome[ed] a delegation from Malaysia, emphasized Hamas’ adherence to its principles, especially its refusal to cede one inch of the territory of “Palestine” and its insistence on the “right of return” of six million Palestinian refugees outside Palestine (Safa News Agency, July 31, 2011).

Usama Hamdan, responsible for Hamas’ international relations, gave a speech in support of the “option of resistance” (i.e., terrorism) at the recent conference in Cairo, in which he said that “[t]he conflict will never come to an end until Israel comes to an end,” adding that “Regarding what some have demanded of us, to recognize the enemy, that matter is behind us. We then clearly said that we will never recognize Israel, and today I say more than that: Israel completely doesn’t exist in our political or intellectual dictionary” (Hamas’ Al-Aqsa TV, July 24, 2011).

[Hamas co-founder] Mahmoud al-Zahar told an interviewer from the German News Agency that Mahmoud Abbas’ planned move in the UN was empty talk and a “political trick.” He completely rejected the concept of the two-state solution, the foundation for Mahmoud Abbas’ appeal to the UN, saying that “[w]e do not recognize Israel, and it is very simple. We do not recognize Israel as controlling, not even one centimeter [of the land of “Palestine”], because it is an artificial state.” He also warned that recognizing the right of the State of Israel to exist would harm the so-called “rights” of millions of Palestinian refugees to “Palestine,” asking “[w]ho will go to the refugee camps and tell the people that they do not have the right to Palestine?” (Qudsnews website, July 30, 2011, quoting an interview with the German News Agency).

On July 31, Khalil al-Hayeh, a member of Hamas’ political bureau, said at a reception for a Malaysian delegation visiting the Gaza Strip that the appeal to the UN was only an illusion and would not lead to anything that would serve the Palestinian cause. He said that “the Palestinian people are still bowed under the occupation, and there is nothing to be done but to end it by means of the resistance [i.e., terrorism and violence].” He said that the Palestinian Authority did not have a “political horizon” and that the PLO’s deliberations with Israel (“the country of the occupation”) had reached a dead end (Website of Hamas’ daily Felesteen, July 31, 2011).

On the ground, Hamas’ political and propaganda machine is entirely focused on indoctrinating the next generation of Palestinians to loath both Jews and the Jewish state as the eternal enemy of Muslims.

The paper and photographs show how these camps offer many quaint summer-themed past times, including:

Every year the children and adolescents taking part in the summer camps undergo paramilitary training. In some cases they carry wooden rifles, but some of the older children also use real rifles. The training includes various exercises, hand-to-hand combat, rope climbing, jumping, and crawling, as well as practice in the use of weapons (mostly small arms).

Fortunately, Hamas does not enjoy complete market share over the education of young Palestinians and must compete with the summer camps operated by the United Nations Relief Works Agency.

This year the six-week summer camps hosted about 250,000 children and adolescents, far more than those attending Hamas’ summer camps. The summer camps include sports and leisure activities and emphasize such universal messages as peace and coexistence, without the political-religious indoctrination and paramilitary training prevalent in Hamas’ camps.

On July 28, a UNRWA summer camp in the northern Gaza Strip was set on fire. UNRWA spokesman Chris Gunness said that the main stage was damaged and UN flags were torched. The arson took place one day before the campers were planning to try and break a world record in kite flying (Maan News Agency, July 28, 2011).

On June 18, “angry Palestinians” forced UNRWA’s summer camps in Khan Younes and Rafah to close in protest of the organization’s failure to fulfill its promise to rebuild destroyed houses. One of the protesters said this was just the first step, and that other UNRWA summer camps would be closed soon (http://www.paldf.net/).

Meanwhile, Hamas is attempting to audit the books of US-financed charities operating in Gaza but the US State Department has responded to this threat with a promise to suspend US$100 million of aid to Gaza.

The US designation of Hamas as a terrorist group means it is illegal for American organisations to have direct contact with it.

Hamas has offered no reason for suddenly wanting the audits.

Finally, Israel’s abduction of Hamas engineer Dirar Abu Sisi in Kiev in February has yielded a treasure trove of intelligence on the terror group’s current operations, including its strategy and structure. 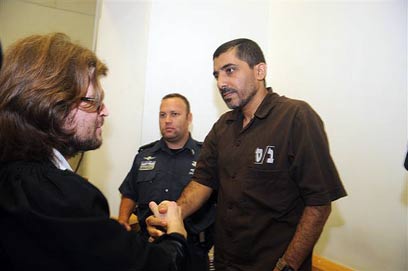 Abu Sisi is believed to be Hamas’ rocket expert. He joined the terror group in 2002, despite working for the Palestinian Electric Company, which forbade its employees from joining any group.

“I assisted Hamas in developing their missile capabilities, by identifying and handing over mathematical equations that improve the metal pipe’s ability to withstand pressure and heat,” he said. “I was present when a missile was test-fired at the sea in Khan Younis.”

The terror group was lacking materials that could improve their rocket range and later smuggled it in from Egypt through tunnels, he said.

Abu Sisi also reportedly said he had been in charge of a Hamas military academy which operated out of various Gaza mosques.