My recent blog post pointed out how casualty data from Gaza is unreliable, noting that the Hamas-controlled Health Ministry is the main source of information and data about casualties in Gaza, and in past Gaza wars, this information proved to be inaccurate – exaggerating both the total number of casualties, and especially inflating the percentage of them who are civilians. Further analysis of the released casualty data, as published on al Jazeera, showed that military age males were more than half of those killed but only 20% of the Gaza population, thus disproving claims that Israel has been indiscriminately attacking civilians during Operation Protective Edge.

In yet more evidence that commonly employed casualty claims are unreliable, it has now been shown that the al Jazeera casualty list includes numerous duplicate names – names that appear two, and even three times on the same list. In fact, there have been at least 33-42 duplicate names so far (according to different counts). Other lists of Gazan casualties, which are likely to also be based on the Health Ministry records,  contained duplicate names as well.

Some of the names appeared in slight differences in spelling (yet the age and/or location confirm that it is the same person), some listed different locations (yet the name and age are the same). Among the duplicate names are children listed as fatalities multiple times.

For example, four-years-old Mona Rami Al Kharwat from north Gaza is listed twice, the second time her name is spelled as Mona Rami al-Kharwat, with a small ‘a’.

Hiba Hamid Alsheikh Khalil, 14 years old from Gaza, is also listed as having been killed twice. The duplication is acknowledged on the al Jazeera site, but the name is still listed as a separate casualty. It also appears a third time, as Hiba Hamed Mohammed Alshiekh Khalil, 13 years old.

Clearly, the lists provided by the Hamas-run Health Ministry in Gaza is full of inaccuracies. Al Jazeera, mainstream media outlets and even the UN then use them, in the absence of other credible sources of data on casualties. One would expect serious journalists and professionals to apply some critical thinking and do a bit of fact-checking (such as checking the list for duplicates) before presenting the numbers as fact. At the very least, they could acknowledge that the source of the information is partisan. But such expectations seem rarely to be met.

This is especially the case when in comes to the often-quoted figure of 75% civilian casualties among Palestinians.

According to the Meir Amit Intelligence and Terrorism Information Centre the actual figures are drastically different; out of 775 fatalities analysed (as of 23 July) 229 were militants or terrorists (135 from Hamas, 60 from Islamic Jihad, and 34 from other terror organizations); 267 were civilians; and 279 could not yet be classified.

Reuven Erlich, the director of the Meir Amit Centre recently stated that some of the Palestinian figures that get quoted by the media, the UN and other international organisations “are not worth the paper they’re written on… They’re based mostly on Palestinian sources in Gaza, who have a vested interest in showing that we’re killing many civilians.”

One of the possible reasons for the distortion in numbers stems from the fact that the authorities in Gaza tend to identify as ‘civilian’ anyone who was not wearing a uniform. However, many of the young men who are involved in terrorist activity in Gaza do not wear uniforms, even while launching rockets and clashing with IDF forces.

Rather than relying on such misleading and inaccurate identification of civilian casualties, the Meir Amit Centre examines each reported casualty’s background on Palestinian websites and looks for details about their funerals in order to determine their occupation and to confirm or rule out any affiliation with terror groups.

The rigorous search for identifying details about each casualty leads to much greater accuracy in determining whether the person was a civilian or involved in fighting. This is in contrast to reports about civilian casualties not only from the Gaza Health Ministry, but also from human rights organisations (such as B’Tselem, Palestinian Center for Human Rights (PCHR) and Al Mezan), which often rely on biased Palestinian sources or plain naivety, as Elder of Ziyon recently observed. According to a recent post on his blog, PCHR reported that:

“At approximately 11:55 (Friday), an Israeli drone fired a missile at a number of Palestinian civilians in al-Zanna area in Bani Suhaila village. As a result, 2 civilians were killed: Mohammed Khalil al-Buraim, 25; and Mohammed Suleiman Hussein Sammour, 45…”

Yet apparently their definition of ‘civilian’ is somewhat stretched – it now includes fully-fledged terrorists: 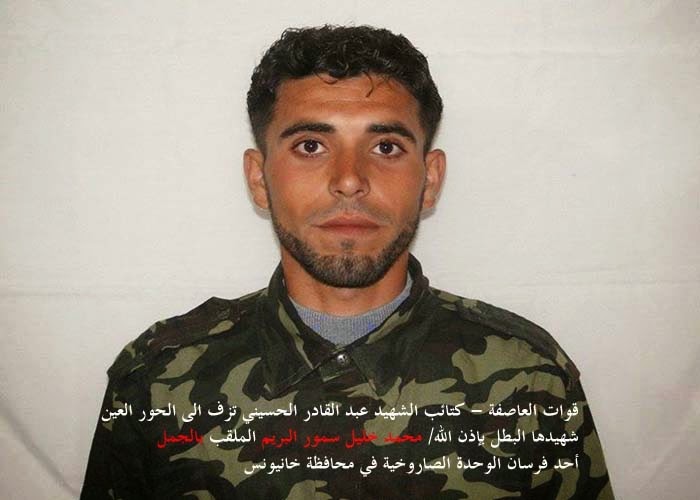 “Mohammed Khalil Samour al-Buraim, meanwhile, is being celebrated as a mujahid by the Abdel-Qader al-Husseini Brigades Storm Troopers. He was apparently a rocket launcher.”